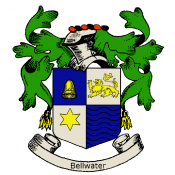 Lord Bellwater's Secret is a well-crafted single room mystery in a historical setting. The mood and style are nicely conveyed with excellent writing that sets the stage and provides the right motivation for the character.

Despite the seeming simplicity, I was definitely stumped on a couple of verb / parser issues that sent me to the built-in hints. The hints are well-done and thorough, but it made me feel like this was more of a "dig for clues" kind of puzzle than something that could be logically deduced like "An Act of Murder". Some of the puzzles had a laborious feel to them. But the story is good and the writing always pays back your efforts as the story proceeds.

There's quite a good drama that unfolds and the ending was tense and exciting. It got my heart racing! I hope the author will continue with more Interactive Fiction in the mystery genre.

"Lord Bellwater's Secret" was written by Sam Gordon using Inform 7. It took 3rd place in the 2007 IF Comp. You can download this game directly from IFDB and it's playable using any standard Z-Machine interpreter on Windows, iPhone, iPad etc.

I've had a chance to review both DVDs in Jason Scott's epic Interactive Fiction documentary Get Lamp and I'm blown away.  I'm impressed not only that he kept at this for four years, but that he has single-handedly created the only documentary on the subject.

Despite the fact that Get Lamp is a one man operation, the end result is a professional quality film with all of the trimmings: good navigation, compelling content, interviews with almost all of the luminaries in the field, bonus features, cool retro packaging and a unique numbered commemorative Get Lamp coin.  And the whole thing is just 40 Zorkmid plus shipping.

I consider myself well-versed in Interactive Fiction (IF) but there are still plenty of things learned: The film comes in a regular version (90 minutes) as well as an "interactive" version that lets you make decisions about which sections to view.  There are also two supplemental shorter movies, one detailed film on the history of Infocom and one on the Bedquilt cave which was the inspiration for the original "Colossal Cave" adventure written by Will Crowther.  Unfortunately, Crowther declined to be interviewed, but Don Woods, who went on to add additional sections to the game, is featured.  There are also 40 or so short snippets on the second disk providing additional commentary on topics like beta testing, bug fixing, programming, the development of InvisiClues, origins of Grues and more. 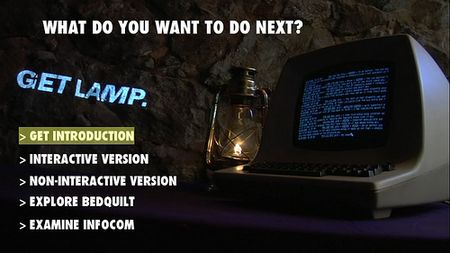 The one area that I felt the film fell short was in not interviewing Graham Nelson, creator of the Inform programming language.  Perhaps Nelson is as much of a recluse as Crowther, but it would have been good to have had some presentation of the impact of Inform on the development of modern Interactive Fiction.

If you are at all interested in Interactive Fiction and its history, you should order Get Lamp. I mean, where else are you gonna find videos of Marc Blank talking about Deadline, Steve Meretzky's inspiration behind A Mind Forever Voyaging or Stu Galley talking about Witness? Plus you get a cool commemorative coin. 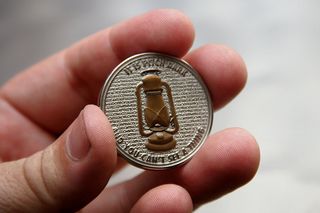 Review: An Act of Murder 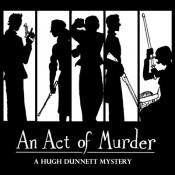 This is a great, short piece of mystery. It's the classic "locked house, dead body, 5 suspects" genre of murder mystery done in an Infocom style --complete with Sgt Duffy.

For me, just coming back to the genre after many years, this was a great intro. It's got a simple map with around 10 location, not too many objects, some modest red herrings and a good *logical* story.

Not to mention that, if you do get stuck, there are built-in clues. All this makes for a good easy game for newcomers also.The actual who/how/motives are randomized, so there's some replay value, though some of the fun is really in the first time.

"An Act of Murder" was written by Christopher Huang using Inform 7.  It took 2nd Place in the 2007 IF Comp. You can download this game directly from IFDB and it's playable using any standard Z-Machine interpreter on Windows, iPhone, iPad etc. 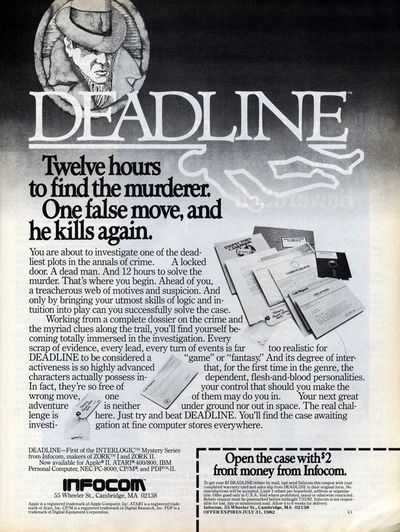 One of Infocom's most famous games was Deadline.  It was originally published in 1982 and established the Interactive Fiction (IF) could go beyond the traditional genre of Dungeons & Dragons style adventure games like Zork.  Deadline was a murder mystery written by Marc Blank and it set a high standard for future IF authors who wanted to extend games into Science Fiction and other genres and styles.

Deadline was not only a breakthrough game in its establishment of a new genre, it was marketed in brilliant fashion in a unique dossier with police lab reports, fingerprints, a photo of the body, transcribed interviews and even some suspicious looking pills! 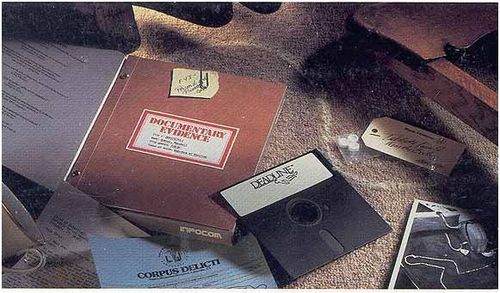 These supplemental materials helped establish Infocom's unique position as a creative force in the industry.

The game Deadline is available in several Infocom collections such as the Lost Treasures of Infocom and the Classic Text Adventure Masterpieces CD ROM collection. And you can download a version written in Inform from IFDB. However, keep in mind it's quite a difficult game. If you need the InvisiClues or maps, you can also find these online at various Infocom sites. 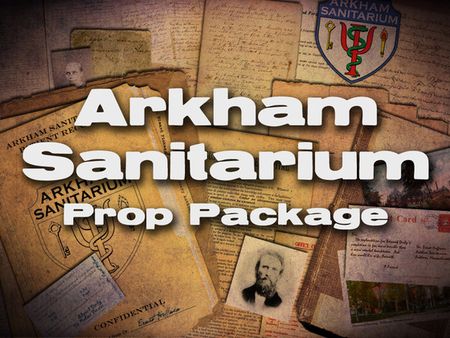 There's an amazing blog called Propnomicon that covers a variety of hollywood style props inspired by the works of horror writer HP Lovecraft. There have been some excellent Interactive Fiction stories in this genre or horror, going all the way back to Infocom's The Lurking Horror by Dave Lebling as well as more modern games like Anchor Head, The Awakening among others.

I first stumbled across this site while looking for information about Dennis Wheatley's 1936 police dossier book "Murder off Miami."  Wow. What a discovery!  Who knew there was a whole world of creative talent out there building these kinds of pseudo-historic props?  I was blown away by some of the items I saw.  Many of the items are about the fictional town of Arkham and it's mysterious Misktatonic University and Sanitarium. There are postcards, specimen tags, ID cards, staff badges, field notebooks, hospital patient files, admission forms, crests, seals, logos --you name it. All of it quite authentic looking and very scary, kids.  You can also get t-shirts and the like on Propnomicon's Zazzle store. 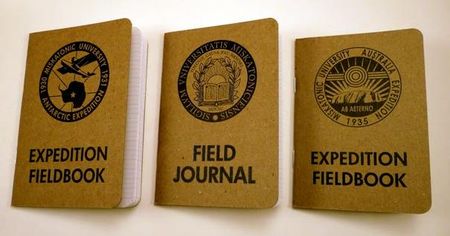 Most of the materials are available under a creative commons license. Heck, I'm thinking a few of these items could tie together some background on a story I'm working on, time permitting. 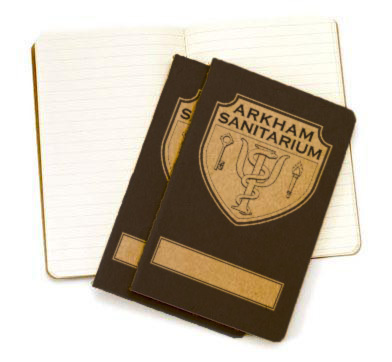 If anyone has a spare Miskatonic University notebook they'd like to donate or swap, let me know. 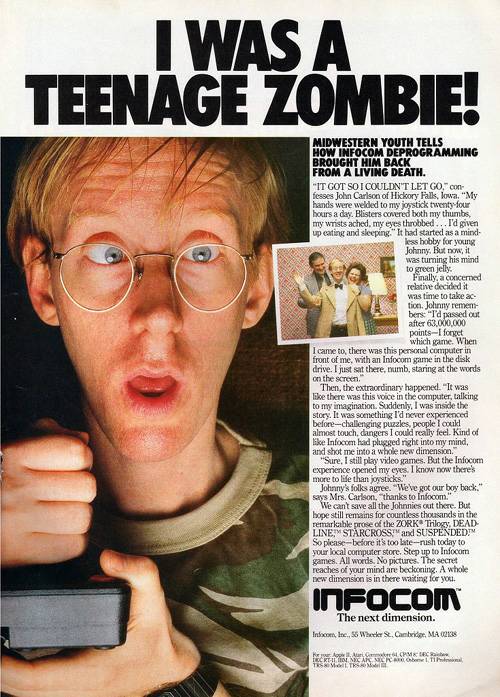 Back in the early days of Interactive Fiction, Infocom ruled the roost.  Not only were they creating award-winning games, they were pushing the envelope of creative packaging and advertising. Here are a few of the classic Infocom ads from the 1980s. You can click on the ads to expand them to full size. 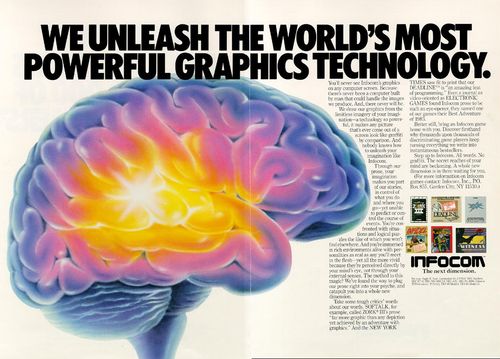 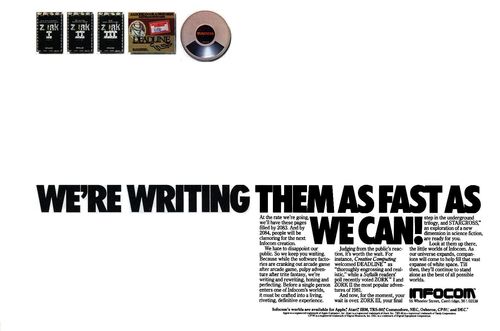 You can view a complete set of ads culled by Get Lamp director Jason Scott on Flickr. 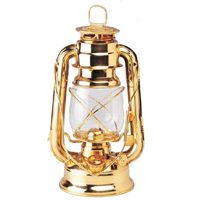 I've written some introductory articles on Interactive Fiction (IF) available on this site.  These include articles on getting started with an IF Interpreter, playing IF, finding games and even programming your own IF games.  If you're not sure how to get started in playing Interactive Fiction, these should help set you off on the right foot.

You can find these articles on the left hand side of the site or using the links below.

If you have suggestions for other articles or links you'd like to see, please let me know by adding a comment below.

Frotz on the iPad 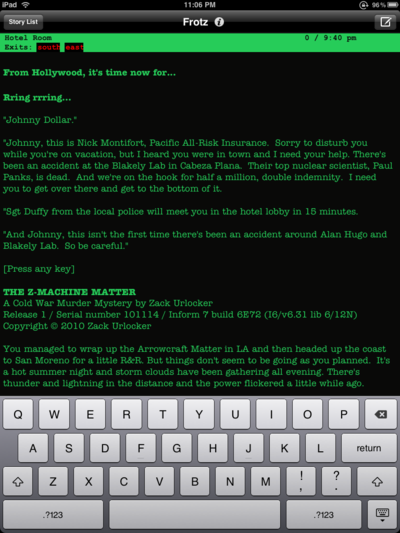 There are are dozens of Interactive Fiction interpreters for just about every platform out there (Windows, Mac, Linux, Palm, etc) and now one of the best is available on the iPhone / iPad.  In fact, I think iFrotz on the iPad could help make Interactive Fiction more popular than ever. What sets this application apart is that its got a library of a dozen built-in games and the ability to easily add more from IFDB or your own collection.  You can also tap on any word in the text to add it to your command or double tap to get a command history.

The virtual keyboard works surprisingly well, especially on the iPad.  And as usual, you can customize the colors and fonts to make it look like the old school monochrome green screen of your dreams. Best of all, you can take your games anywhere. Load up with Zork, Deadline or any of thousands of games available on IFDB and you're ready to roll!

The easiest way to get Frotz on your iPad or iPhone is to install it directly from iTunes. 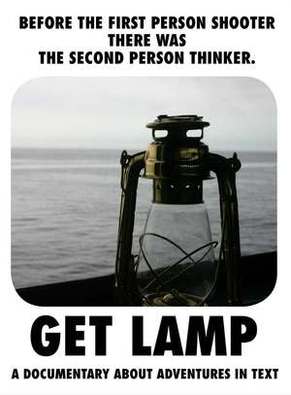 If you're at all interested in Interactive Fiction or the history of Infocom, you need to pick up a copy of Jason Scott's excellent new documentary, appropriately entitled "Get Lamp."  Four years in the making, Scott has interviewed some of the biggest participants Interactive Fiction, covering both its history and the modern era.

I'll post a more detailed review in the coming weeks,but safe to say, it's awesome.  For $40 you get a 2 DVD set and an exclusive limited edition numbered commemorative coin.

Scott will be taking the film on the road with presentations in Seattle, Salt Lake City, Portland, Pittsburgh, New York and beyond.  I hope he makes it to Silicon Valley!