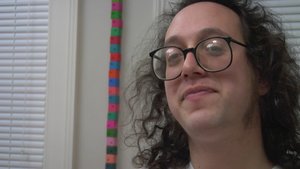 Despite the failure of TextFyre to get over the $5,000 hump on their Kickstarter project a few weeks ago, Andrew Plotkin (better known as Zarf in IF circles) has gone ahead with an even more ambitious project to raise $8,000 by December 6 to fund the development of a new iPhone interactive fiction game and related underlying web and mobile technology.

The game is called Hadean Lands and will be released commercially for iPhone only for $5.  But sponsors will also be able to get a version for Windows, Mac, Linux  (It's written in Inform, after all)  as well as other cool swag.

So how's the fundraiser working out?  Unbelievably well for Andrew and for IF fans.  Within 24 hours, Plotkin exceeded the goal coming in at over $10,000!   And now it's chugging along on its way to twice that.

Join me and 300 others to support this worthwhile project. Plotkin is one of the most prolific authors in the IF community creating more than a dozen award-winning games and essential technology like the Glulx compiler for Inform and several Mac IF interpreters.  So the more money raised here, the more time Plotkin will spend on IF projects.

So why has Plotkin's fundraiser project done so well whenTextFyre's didn't?  I'll leave that discussion for another day...