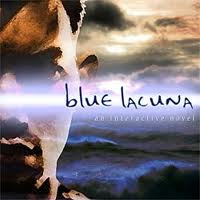 Somehow, I must have missed this paper by Aaron Reed about the design and development of his award-winning game Blue Lacuna.  If you're not familiar with this game, is by most accounts, the largest Interactive Fiction (IF) game ever written.  Not only is it "novel length" but Reed also went out of his way to break down some of the traditional boundaries in IF by making the parser much more sophisticated and beginner friendly.

Reed has published several essays on this topic they provide an excellent summary of his work.  "Lessons Learned Writing the World's Longest Interactive Fiction" (PDF). There's also "Aspects of an Interactive Novel" (PDF), and "12 Lessons Learned by Aaron Reed" published by SPAG.

I've incorporated Reed's Keyword Interface, Smarter Parser, Poor Man's Mistype into the Z-Machine Matter game and I think they're a great improvement over the standard Inform7 experience.  This is the type of functionality that I'd just never get around to coding on my own, so its great that Reed has made these truly reusable.  According to Reed, using these extensions can more than double the parser's success rate in understanding the intensions of new IF players.  If you're new to Inform7 I also highly recommend his book Creating Interactive Fiction with Inform 7

Reed is studying towards an MFA at UC Santa Cruz, but in the IF community, he's already an honorary PhD.  And if you use some of his Inform7 extensions, you can reap the rewards of his brilliant work.

Thanks for the awesome plugs, Zack! :)

The "Aspects of an Interactive Novel" essay is basically just an earlier, less polished version of the "Lessons Learned" piece, which ended up as an academic publication... the info is pretty similar between the two, although the latter is better IMHO.