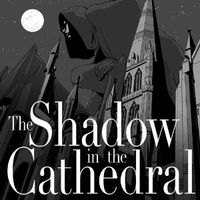 Pricing is always a tough thing to figure out.  Although Textfyre has been lauded for their Inform games, they've been priced higher than comparable games like Jimmy Maher's "The King of Shreds and Patches

.  So it's nice to see Textfyre go for a more accessible price point. Hopefully they'll sell a few more than they would have otherwise and more readers will get exposed to Interactive Fiction on the Kindle. 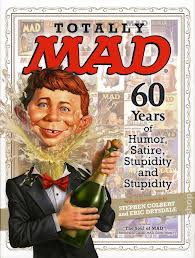 I was first introduced to Mad Magazine by my older cousins when I was a kid.  I became a huge fan and an avid collector of paperback books, Super Specials and copies of the magazine from the 1950s through the golden era of the 1970s.  Circulation peaked at over 2,000,000 copies monthly in the early '70s and it's been downhill ever since.

I've still got a few old copies including my a treasured Mount Rushmore cover from 1957.  But alas, my "collection" is now mostly PDFs from the Absolutely MAD (DVD)

as well as a few dozen reissued books, memoirs and biographies.  Still, for me the memory of Mad Magazine is still a strong one. It helped hone my sense of satire and arguably ethics and morality.  Mad magazine was funny.  But it also encouraged readers to question authority, whether it was making fun of politicians, Holllywood, TV, preachers, celebreties, bigots, the rich or comparing cigarette and booze companies with dope dealers.  There were no sacred cows.

Surprisingly perhaps, Mad Magazine is still published 6 times a year and also has a nice web site and iPad application.  The usual gang of idiots is celebrating their 60th anniversary with a splendid 250 page hardcover book Totally MAD

.  It includes high quality glossy reproductions of some of the best material from Mad from all six decades as well as a dozen high-quality cover prints suitable for framing (or wrapping fish, as they always say.)  If you're a fan, check it out.  If you don't have the Absolutely MAD (DVD)

it provides PDFs of every issue for the first 50 years and it's just brilliant.

Note: Yes, I know this is slightly off-topic for Z-Machine Matter.