The Further Adventures of Hercule Poirot 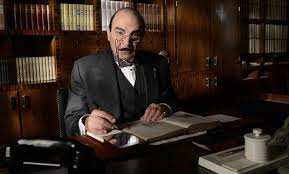 If Sherlock Holmes and James Bond can continue to be the stars of authorized novels long after their authors have passed away, then why not Hercule Poirot?  Agatha Christie's grandson and heir of the Christie estage have chosen UK mystery writer Sophie Hannah to take us once more in an exercise of "the grey cells."  It's been 38 years since Christie published "Curtain" a book she wrote many years earlier and intended as Poirot's final case.  Nonetheless, her grandson Matthew Pritchard feels it's important to bring new readers into the Christie fold.

While I've not read the entire Poirot canon, I'm excited by the prospect of another book in the series.  What are your thoughts?  Is this hallowed ground we should leave alone or should it continue to be mined by new writers?  And for that matter, why not new interactive fiction titles, fan fiction and other inspired creations? 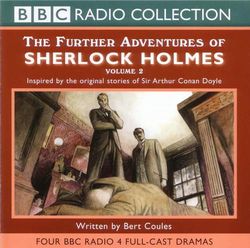 As important as Sherlock Holmes is to the genre of detective fiction, I've always found Arthur Conan Doyle's writing to be a tad slow going.  These works, though brilliant, are over 100 years old and the Victorian language and style can feel rather old fashioned and slow going.

However, adaptations of the Sherlock Holmes canon do a wonderful job making the writing more accessible.  Obviously, there's the BBC's modern-day "Sherlock" series staring Benedit Cumberbatch and Martin Freeman as well as the "Sherlock Holmes" films featuring Robert Downey Jr and Jude Law.  But that's only a handful of works and they barely scratch the surface of Conan Doyle's writings and often depart significantly from the original works.

Luckily, I've recently discovered BBC Radio 4's excellent series from a few years back. This covers the entire works of Doyle with faithful radio dramatization. The series was written by Bert Coules and includes all 75 episodes all executed in a superb style. Clive Merrison brings a maniacal focus to Sherlock Holmes and Michael Williams provides a much needed calm demeanor as Holme's long suffering friend Dr Watson.  The production brings Conan Doyle's writings to life in a way that transforms them while maintaining the integrity of the original writings.

At eighteen volumes, it is a mamoth box set of CDs with a price tag of around $200.  So for those who want to wade into these waters in a more gentle fashion, I suggest the individual volumes of 4 CDs each for the relative bargain price of $12-15 on Amazon.  Used sets are often even cheaper.  The series is also available on Amazon's Audible site for download with volumes for under $10 each.