The Mysterious Affair At Somerton 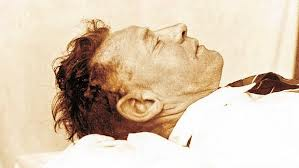 Somehow I fell down the rabbit hole the last few days as I learned about "the mystery of the Somerton Man."  It's a crazy convoluted mystery straight out of Agatha Christie that has remained unsolved for 65 years.

The story begins on the morning of December 1, 1948, when a well-dressed gentleman is discovered lying dead perched against a sea wall at Somerton beach in Glenelg, a suberb of Adelaide, South Australia.  He had been seen earlier that evening at the same location where passersby assumed he was asleep or drunk.  He had no wallet, no identification and there are no tags on any of his clothing.  In his pockets were a bus ticket to Glenelg, an unused train ticket from Adelaide, some gum, a box of matches, an American aluminum comb, and an "Army club" cigarette pack containing a more expensive brand.

An autopsy indicated poisoning, though there were no traces found, suggesting digitalis.  The police were unable to identify the body and fingerprints matched no records in Australia.

Six weeks later, the police discovered an unclaimed suitcase at the Adelaide train station, presumably left when Somerton Man took a bus out to the beach where he was found.  His jacket appeared to have been made in the United States.  Most of the tags had been removed from the clothing except a few that said "Keane" or "Kean" which seemed to be a red herring intended to hide the Somerton Man's identity.

Some six months later, the police found a fob pocket in the man's pants which contained a tightly rolled scrap of paper with the printed Persion words "Tamám Shud."  These were identified as the final words from a book of Persian poetry "The Rubaiyat of Omar Khayyamwith" with the meaning "it is ended."  Was this some kind of suicide note?

A local Glenelg man, Ronald Francis, heard a news report that referenced the Rubaiyat and reported that someone had placed a copy of the book in the back seat of his brother-in-law's car on the evening of November 30th when it was parked one block from Somerton beach on Moseley Street.  On the last page of this book, the words "Tamám Shud" had been torn out, matching what had been found in Somerton Man's pocket.  The book also contained an unlisted phone number to a nurse, Jessica Thomson (also known as Teresa Powell and by the nickname "Jestyn") who lived on Moseley Street, not far from where the body was found.  Even more intriguing were letters written faintly on the back of the book which appeared to be some kind of code.

Despite numerous attempts to crack the code there has been no success.  It is possible that the Roubaiyat was used as a one-time pad to encrypt messages.  Oddly enough, no one has ever found a copy of the Rubaiyat that exactly matches the one Somerton Man had.  Or perhaps the letters were not a standard encryption, but represent the first-letters of words that make a phrase or a list of words that were important to the Somerton Man.

At her interview with the police, Jestyn denied knowing the Somerton man, though she was completely taken aback when viewing Somerton Man.  She asked the police to keep her name out of the proceedings, which they did.  Jestyn passed away in 2007, but her daughter says she confessed to her that she did in fact know the Somerton Man.  There is evidence to suggest that Jestyn had a son fathered by Somerton Man.  Jetsyn also knew Russian and her daughter believes she may have been a Russian spy.

Operation Venona, a joint UK / US Signals Intelligence Service operation started in 1943 which decrypted Russian diplomatic cables, uncovered the existence of a Russian spy ring operating out of the Soviet Embassy in Australia around this time.  Was the Somerton Man a Russian spy?  Or was he just another jilted lover who died of a broken heart?

Two other possibly related cases are worth considering.  Harry Dexter White of the US Treasury Department was identified as an informant to the Russians in Venona cables and died of a digitalis overdose just a few months earlier in August 1948.  White had a series of heart attacks and digitalis is often used in such cases, so perhaps this is just an interesting coincidence. 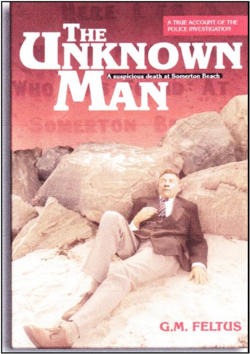 Three years earlier, in June 1945, Singaporean Joseph "George" Haim Marshall, brother of Singapore Chief Minister David Haim Marhsall, was found dead in a Sydney park poisoned in apparent suicide with an open copy of the Rubaiyat on his chest.  Oddly enough, this was identified as the 7th edition by Methuen, when in fact only 5 such editions were published.

For those who want more information, there is an extensive book, "The Unknown Man" by retired South Australia Police Detective GM Feltus.  You can also read more about the mystery of the Somerton man at Wikipedia and at the links below.

But be warned, it's a long and deep rabbit hole.  The story of the Somerton Man also inspired Stephen King's quirky 2005 Hard Case Crime original "The Colorado Kid," which, like the original story, is left unresolved.

If any Aussies have familiarity with this case, please feel free to add your perspective in the comments below.

Of course the rabbit hole this has led me down is the one for palindromes.