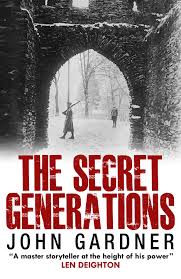 Not sure if this is a mistake or a clever marketing ploy at Amazon, but the first volume of John Gardner's famous espionage trilogy "The Secret Generations" is now priced at $0.00 on kindle.  Jump on it now, this could be a 24 hour sale.  You can thank me later. 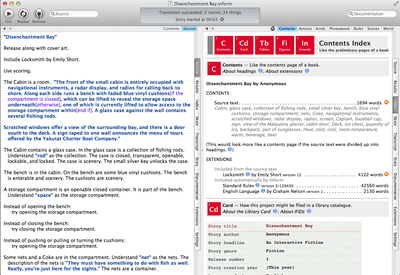 I'm super excited about the new Inform7 Build 6L02 that came out earlier this week.  But as with prior releases, you may find a few "gotchas" as well as new things to think about.  In particular, this is a major (massive?) release -- the first in nearly 3 years.  And there are many improvements that look awesome.  Nonetheless, I thought I'd make a quick note of a few things I've seen in the changelog for people to keep in mind as they update their own code.

You can now write:

This just scratches the surface of a few of the new capabilities in Inform7 6L02.  Nonetheless, a few questions remain:

For more info, head over the Inform7 site.  And if you have tips in using some of the new Inform7 features, feel free to add a comment below.  (And if I got some things wrong here, please let me know that also!)