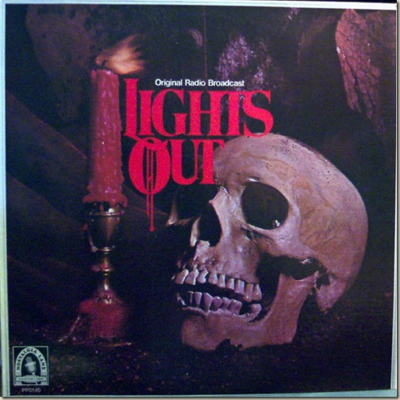 I recently ran across the Lights Out old time radio (OTR) show from the '30s and '40s. I've always been a fan of the old Suspense and Yours Truly, Johnny Dollar radio shows. Lights Out predates these and has a uniquely gripping, if occasionally gruesome, style. These stories have a fascinating noir feel to them, not unlike some of the 1950's EC Comics' Weird Fantasy or Crime Suspense Stories or later Twilight Zone. As the shows were originally broadcast after midnight and without advertising, they went well beyond the usual "family friendly" radio dramas that most people are familiar with.

Perhaps the most famous from this series is the "Chicken Heart" episode. But I can also recommend "Oxychloride X," "Man in the Middle," "They Met at Dorset," "Author and the Thing," and "Christmas Story." Actually, they're all pretty good if you don't mind the occasional second-rate acting.

If you're interested, check them out on the Internet Archive where you can download many of the shows made in the '40s by Arch Oboler. Oboler built on the work by series originator Wyllis Cooper, and added an interesting anti-fascist political style to some of the shows.