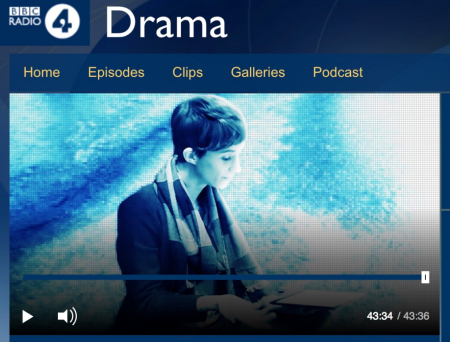 Prolific game designer and IF author Emily Short has written her first play for radio entitled "Game Over" now available on BBC 4 Radio. I was lucky enough to be traveling in Canada where the show is accessible.

I'm a fan of Emily Short's interactive fiction and I appreciate her efforts to write about the game industry in her analysis of games, her reviews of books and now in dramatic form. "Game Over" is an interesting take on the industry as it describes an indie game developer's attempt to build a game within the traditional game industry that is far beyond the industry's tropes. The effects of climate change on an Alaskan village could be an apt metaphor for the gaming industry itself. The acting is well done and the production is top notch. It's a good story and definitely worth a listen.

However, as others have noted, "Game Over" is a bit heavy-handed at times. Perhaps in an effort to make the story realistic, the main characters came across as rigid and not very likeable. In this regard, it's reminiscent of HBO's "Silicon Valley" which has gone from comedy to quasi-documentary, and is full of characters you'd never root for, let alone want to work with. Nonetheless, "Game Over" is a thought-provoking story (and meta story) with a clever ending.

I believe the show is available streamed from the BBC for 30 days in the UK, Canada and US.

If you've given the show a listen, please share your comments below.