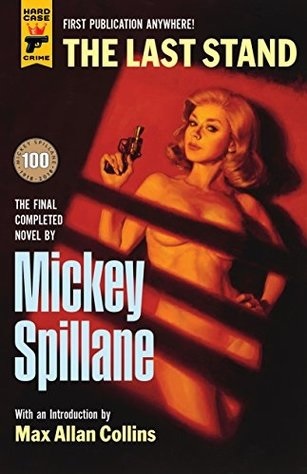 March 9 marks Mickey Spillane's 100th anniversary. He was a helluva writer, but he rarely got the respect he deserved. His first published book "I, the Jury" was written in 3 weeks earning him an advance of $1000, the amount needed to buy land and build a house. Even though it's a short novel, clocking in at 160 pages or about 53,000 words, that's s fast pace for any writer.

Spillane's tough guy private detective Mike Hammer became the template for a blood-and-guts noir style that was immortalized on film, television and radio and begat dozens of imitators. Spillane paved the way for many private detective writers and helped legitimize the paperback original genre.

Nonetheless, Spillane was scorned by the literary world who disliked his pulpy style and heavy-handed plots. But he had the last laugh, writing more than 30 novels that sold more than 200 million copies in his career, making him one of the bestselling authors in the 20th century. As he put it "peanuts outsell caviar." What critics sometimes missed in Spillane and other noir authors' works was the pacing that drew readers in and kept them reading chapter after chapter, book after book.

Ironically, Spillane's death in 2006 hasn't hurt his productivity. Max Allan Collins has gone on to co-write more than a dozen novels Mickey Spillane from unfinished manuscripts that Spillane left in his trust.

To commemorate Spillane's 100th anniversary, two new Spillane / Collins titles are being published for the first time ever: Killing Town, the lost first Mike Hammer novel, and  The Last Stand, the last novel Spillane completed just before his death. (Both are available for pre-order with delivery in April.)

We owe much to Max Allan Collins, Hard Case Crime and Titan Books for their work in publishing these works.

Like Mickey Spillane? Hate the covers? Let me know in the comments below. 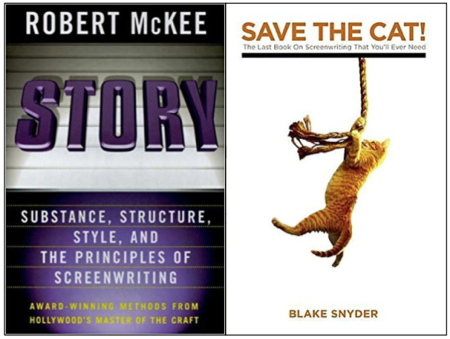 I'm a sucker for books on writing. Sometimes, I even read them. Stephen King's book "On Writing" is a classic. I also recommend just about anything by Lawrence Block, whether it's his noir fiction or essays on writing from his years as a columnist for Writer's Digest.

There's no shortage of books on writing, and probably every writer has their favorites. My writer buddy Tal Klein ("The Punch Escrow") recommended two books for me: "Save the Cat" by the late great Blake Snyder and Robert Mckee's "Story." While both focus on screenwriting, these books are also appropriate for genre fiction, games, radio plays etc. They're easy to read and have a mix of practical advice, technique and motivation. They also do a good job analyzing stories such as The Godfather, Chinatown and others. These books are also available on Audible, which is particularly helpful for those with a long commute and not enough time to read.

Snyder and McKee put heavy emphasis on a standard 3 act story structure with key moments along the way. They didn't invent this model, but they are probably the best at demonstrating in practical ways how to apply these ideas to develop a stronger story.

While some might fear that following a "Hollywood formula" will ruin their creative endeavor, I found it very helpful to understand techniques that keep the story moving along. (Scenes that don't move the story along and don't have dramatic conflict need to be cut!) In my view, having a good structure helps more than it hurts, and learning how to raise the stakes and add dramatic tension is as important in a novel as it is in film.

Your mileage may vary, but after listening to these books on Audible, I was able to strengthen my work-in-progress novel considerably.  Now back to work!