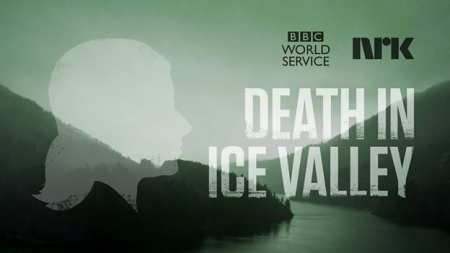 BBC Radio 4 in collaboration with NRK, the national radio of Norway, has launched a new podcast "Death in Ice Valley." It's a modern cold-case investigation of the mysterious 1970 death of a woman in a remote part of Norway known as Isdal, or ice valley. It's one of those strange cases, like the "Somerton Man," that gets more complex the more you dig in. How did she die? Why were the tags clipped from her clothing? Where was she from? Did she have a false identity?

So far, two episodes have been produced. The production and writing are excellent. Clearly this team has been influenced by the well researched Serial show from NPR. While things start a bit slow, each episode ends with more unanswered questions. The story is told jointly by NRK investigative journalist Marit Higraff and documentary filmmaker Neil McCarthy in a style is reminiscent of the BBC's radio versions the Martin Beck Swedish police procedurals. Because the case is not quite fifty years old, there are interviews with witnesses who met or investigated the Isdal woman who are still alive today.

You can download the series from the BBC or wherever you get your podcasts. If you've listened to the show, let me know what you think of it by posting a comment below.